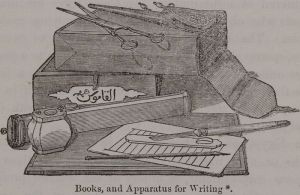 My current book project, “Theater in Pieces: The ‘Elizabethan’ Avant-Garde,” examines the afterlives of Shakespeare and his contemporaries in the long-twentieth-century avant-garde. It argues that the emergence of theatrical modernism was closely bound up with the Parisian revival of the “dark Elizabethans,” which played a decisive role in the crystallization of avant-garde attitudes and ideas. Beyond this project, I am motivated by an interest in how texts/performances and their material contexts operate together in the production of cultural meanings. In a recent article in Shakespeare Yearbook, I analyze the ways in which Julie Taymor uses the iconography of dismemberment in Titus Andronicus to ponder the impact of new media on contemporary audiences. My essay on the spatialization of bodies and power in Kafka’s The Trial was published in the Journal of the Kafka Society of America. My work also engages with questions of sexuality, cultural identity, and gender relations in early modern literature. In an article on Sidney’s Old Arcadia, which Literature Compass awarded its Renaissance Essay Prize, I argue that female characters appropriate writing as a self-conscious mode of negotiating authorial identity within a male-dominated print culture. A further essay, published in Prose Studies, shows how Thomas More uses Utopia to explore the impact of print conventions on Renaissance historical discourse and fictional representation.